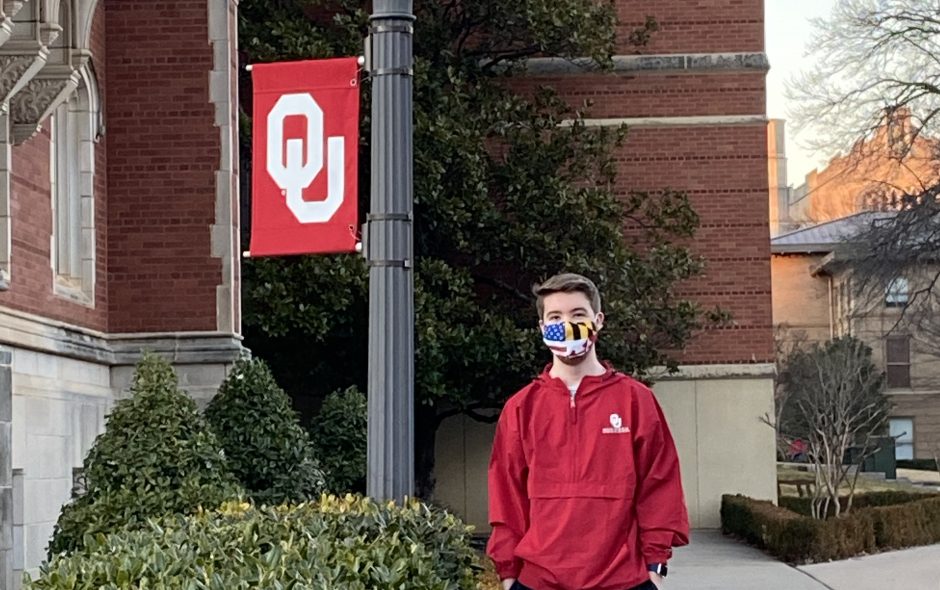 This week didn’t find me on the trails but in the air and on the road. Like many (thanks to COVID), it’s been a year since I’ve done this. But as I mentioned in my very first post, Connor is a senior and needs to decide where he’ll be heading this August (which is coming much sooner than I want it to!). My husband and I agree that there’s just no way we can send him off without physically visiting the campus and surrounding areas first. So, Connor and I bit the bullet, masked up, and made our way to his number one choice—Oklahoma University in Norman, Oklahoma. Connor chose to apply to OU for the School of Meteorology, which is based out of the National Weather Center Building housed on the OU campus.

The National Weather Center Building is a partnership between the National Oceanic and Atmospheric Administration (NOAA) and the University of Oklahoma. Completed in 2006, the center is fairly new and one of the largest facilities of its kind in the world. This state-of-the-art building provides space for education, training, operations, and research and is home to more than 550 students, faculty members, research scientists, operational meteorologists and climatologists, engineers, and technicians. It’s also where Connor would spend most of his time.

While we couldn’t help but be impressed with the weather building (and the Radar Innovations Lab, which was right next door), the older buildings on campus were absolutely amazing. At the center of it all was the Bizzell Memorial Library, which was built in 1929 with seven floors and more than five million books. The Great Reading Room was like something out of Harry Potter! Intricately carved bookcases holding dissertations of OU graduates line the walls, and anyone who enters must have their books out, phones off, and keep completely quiet.

Several floors of the library have decks that hold modern works as well as British and American Literature from the 15th century to the present. Fun fact…

As we toured the campus we saw London-style phone booths scattered around. Turns out these six (WORKING!) phone booths were brought there by former President David Boren as a reminder of his time at Oxford as a Rhodes Scholar. I have to say, the booths coupled with the Gothic-style architecture made me feel like I was in England. They also have an English-style pub on campus.

The bells of OU are also pretty special. You can hear them here.

While the campus was pretty special, so were the surrounding areas. Our Airbnb was an adorable (very clean) bungalow located just 1.5 miles from the campus. This photo is from the Airbnb listing and was taken in the spring or summer, but it was just as cute this time of year.

We had nice weather and a rental car, so we decided to venture to Oklahoma City (just 30 minutes from the campus) and took a walk on the canal that winds through downtown area of OKC called Bricktown. Once a warehouse neighborhood, it has been restored into an entertainment district.

Our last stop was Lake Thunderbird State Park, just 20 minutes from campus. It was really large with two marinas, camping areas, equestrian trails, and a bunch of other hiking, running, and mountain biking trails.

I’ll admit that traveling during this time of COVID had me on edge. But seeing campuses is a necessity before sending my firstborn off to school for 4 years (especially when it’s not right around the corner). And while he still has two other schools to visit (SUNY Albany and Western Connecticut State University) and might end up choosing one of them, it was really cool to see this campus and learn more about a state we’ve never been to. 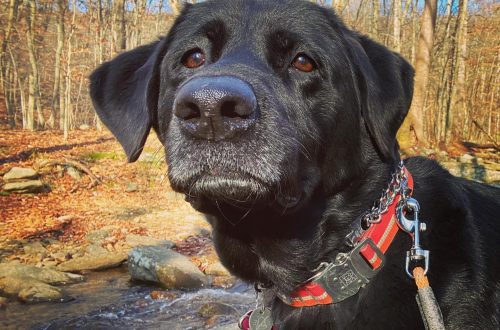 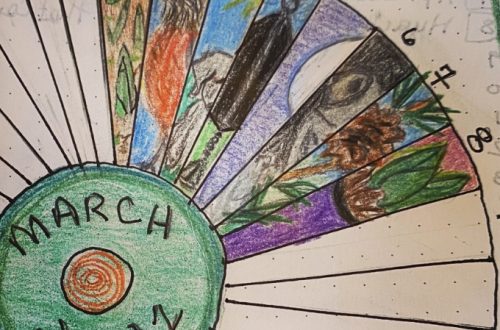