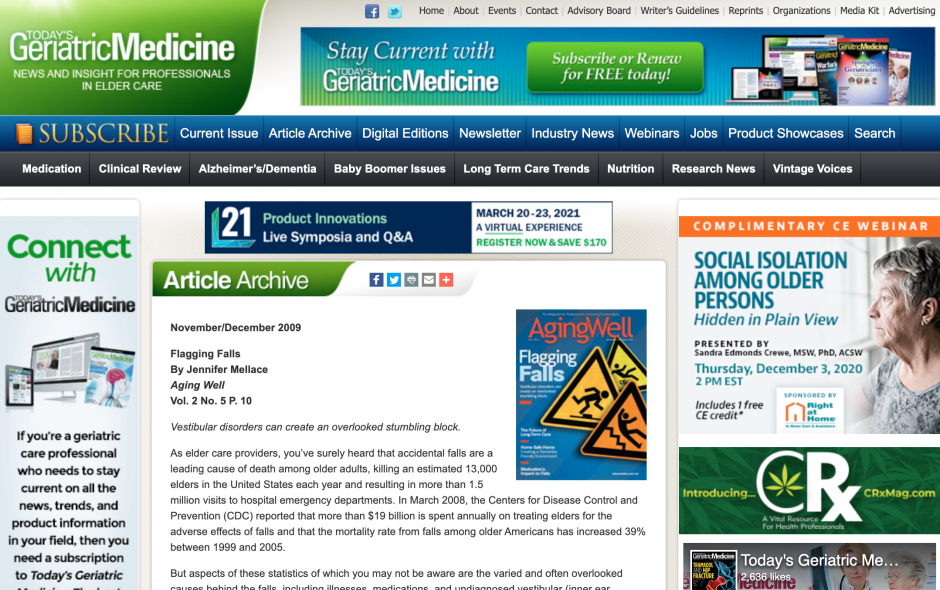 As elder care providers, you’ve surely heard that accidental falls are a leading cause of death among older adults, killing an estimated 13,000 elders in the United States each year and resulting in more than 1.5 million visits to hospital emergency departments. In March 2008, the Centers for Disease Control and Prevention (CDC) reported that more than $19 billion is spent annually on treating elders for the adverse effects of falls and that the mortality rate from falls among older Americans has increased 39% between 1999 and 2005.